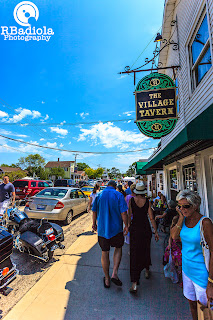 It was around 90-95 degrees outside...pretty hot for the festival. Though it wasn't as bad as I thought it would be. The festival had plenty of stalls selling a ton of food from brats to chocolate flavored bananas. Of course there was a lot of beer. Hahahaha. 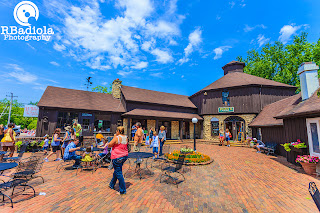 Near the center of the town. This had a couple of shops in one spot.

There was a ton of people walking around, although it wasn't as crowded as I thought it would be. Some roads had to be closed for the festival which was nice as you can just walk in the streets without having to worry if a car will just drive and run you over. There were plenty of police officers to keep the pedestrians in order. 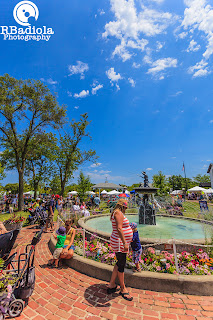 The village fountain where a lot of people were just hanging out resting from the heat.

It was just fun taking shots of the event. From the vendors, to the band, there was just enough photo opportunities to keep any photographer busy. I used my 17-40mm F/4L to capture some beautiful shops around the area. It was pretty bright out so I didn't have to worry about lighting. I just set my camera to aperture priority and just left it there most of the time. 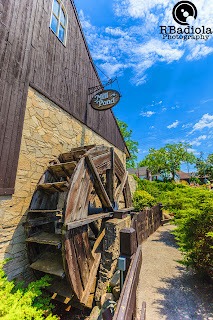 I just had to pause and shoot this scene. It was too good to just let it pass.

Long Grove has a lot of shops to go to and a lot of fun events during the summer and fall. I highly recommend going here during festivals or to just check out the neat shops. Make sure you have your wide angle lens ready! Next event that we might go to is the Long Grove apple fest in September.
Posted by rbadiola at 10:18 PM No comments: 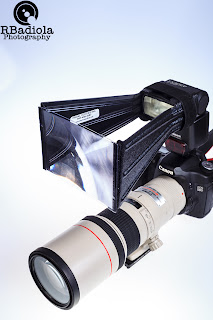 The FX5 flash extender attached to my Canon 430 EXII.

I was curious about these flash extenders that I always see on photographers flashes. Especially birders. I always thought it didn't really work and it's a hassle to lug around. So I decided to do research on it and look for sample shots. I browsed around the web and found a ton of articles about it. 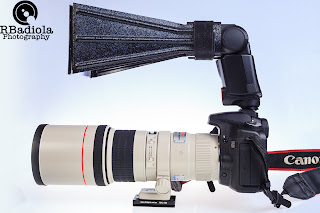 Side view of the extender attached to my flash. It's a couple of inches shorter than my 400mm attached.

After getting my Canon 400m f/5.6 lens, I wanted to try out the extender on my flash. Hours of reading all the articles about it made me decide to try it out. So I went to BH photo to get myself one. After 3 days of waiting, the package arrived and I can't wait to try it out. 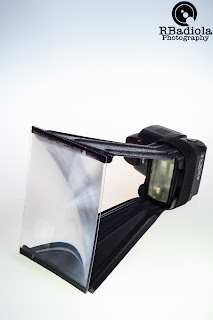 The fresnel screen attached to the end of the extender. It's actually a magnifying glass but plastic.

I then attached it to my Canon 430 EXII. By the way, the extenders come in different sizes so if you are planning to buy one make sure that it fits your flash. It is not universal.

It comes with a velcro backing that  you'd have to attach to the underside of your flash. This will keep the extender firmly mounted into your flash. I then wrapped the velcro around my flash and the extender was firmly secured on the flash head. It was a perfect fit. 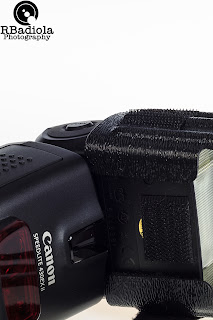 The piece of velcro that you have to attach on the underside of the flash head.

You then have to attach the fresnel screen to the end of both the left and right side of the extender. This attaches via a thin strip of velcro. The mount is pretty secure. After the entire extender is attached, the flash is now like 4 times longer. Although the extender is so light that it does not put a lot of weight into the flash head. Unlike some flash modifiers such as the light sphere. 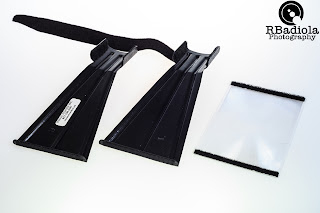 The instruction says to set your flash to 50mm. I'm not sure why it has to be at the 50mm position but it seems to work rather than having the flash head zoom together with your telephoto. So when the extender is in my flash, the head is always at the 50mm position no matter what the focal length of the lens is.

I then headed out to one of my favorite nature centers to try this baby out. Walking with it with my camera attached to a monopod, it really didn't get in the way. There was basically no additional weight because the extender is so light anyway that you don't feel its there. 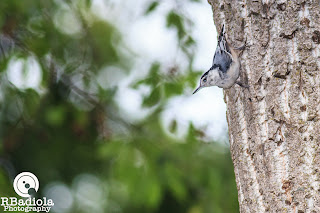 The extender seems to give birds red eye from the flash. This can be corrected in post processing. 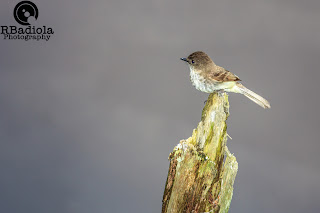 This was one of the birds I shot in Maine. It's very well lit considering its distance from us. 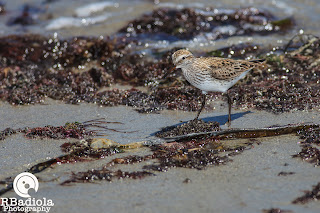 Here's a sample of with and without the use of the flash extender. This one is with the flash on. 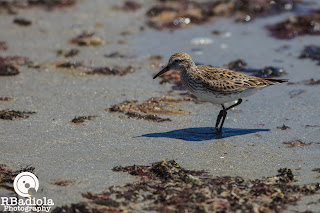 This is a sample when the flash is off. The difference is night and day.

The Visual Echoes FX5 Better Beamer Flash Extender does a pretty good job in lighting up birds from a distance. There are cases when the birds eyes have their version of red eyes in humans. You can just easily fix that in post processing. The flash also gives your subjects more color compared to not using a flash at all. 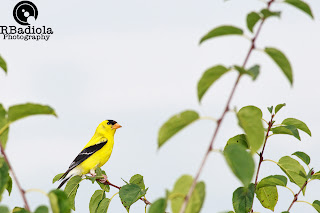 The flash gives the bird a splash of color. Notice how contrasty the bird is. 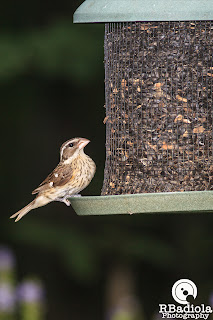 On darker days, the flash helps you isolate your subject from the background.

After testing it out a couple of times, the Visual Echoes FX5 Better Beamer Flash Extender seems to be really worth the purchase. You can also make your own if you don't want to fork out around $30-$40. I chose to just save myself the trouble and just purchase one. With a long birding season ahead I know it's really worth it. Don't leave home without when when you are going on a birding tour!