Going around the botanic garden after a snowfall 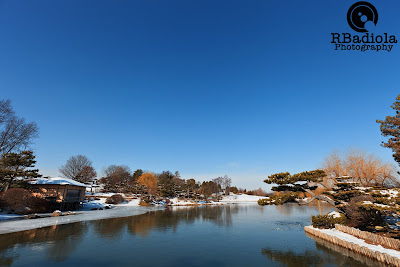 February 23 was a snowstorm here in Illinois. It started at night and continued on until early morning of the 24th. Of course the roads were nasty but the road travel wasn't very bad at all. It was almost March which means that spring is just around the corner. This will be one of the last...if not the last major snowfall this season, which means the last few days when snow is on the ground...which means I had to go out there and shoot! 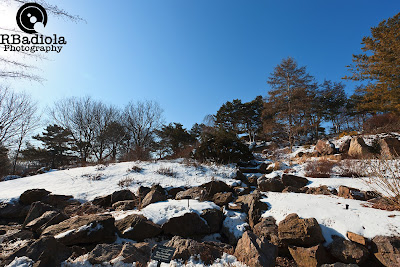 The rocks looks awesome with snow in them. 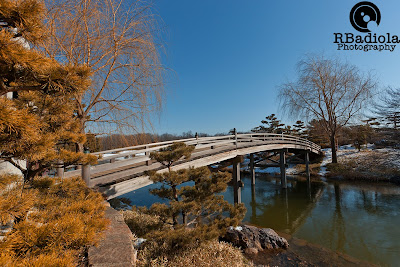 I bet this bridge has been photographed a million times. I still love photographing it a couple of times a year.
Luckily we were able to visit our favorite botanic garden the next Sunday. Snow was still on the ground and the weather was great! It was around 45 degress, a bit cold but not freezing. So armed with our coats and cameras, we went out and shot!

I decided to bring a wide angle lens with me, my trusty 17-40mm f4 lens. It was bright, but the sun wasn't intense. I set my camera for aperture priority, at ISO 100. No worries about the lighting, as the lighting was perfect! We walked around most of the gardens, especially where there was snow...that was the thing that we came in here for anyway. 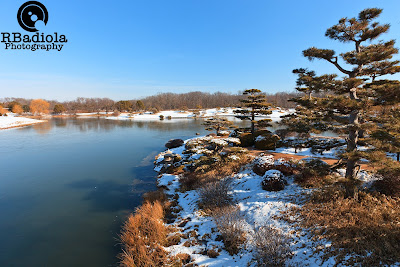 Taken in the Japanese garden. I love the trees on the side of the frame. 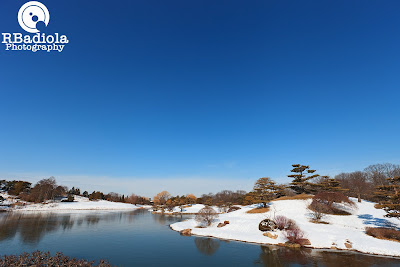 The water is a bit frozen, but it was starting to melt.
When photographing snow, I usually set my exposure compensation to around +1. This will prevent your camera from underexposing because there's white snow in majority of the shots, that it makes your camera think that it needs to lower the exposure. I shoot in raw and if theres are a bit of overblown highlights I can fix that in lightroom using the recovery feature, although I don't overdo this. A good rule of thumb is to make sure your shots don't lose valuable information from overexposing by metering your shots properly, while you shoot it and prevent fixing the shots afterwards in post processing. 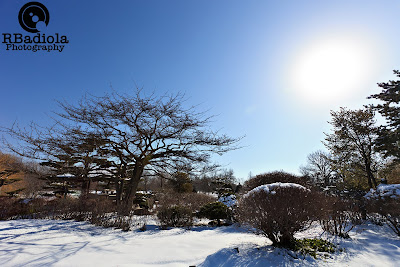 The sun was getting a bit harsh. Time for breakfast! 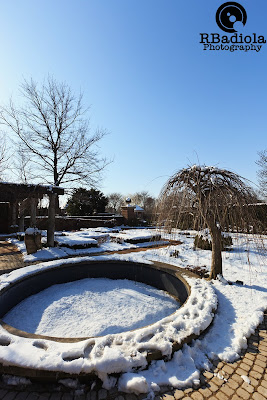 This looked awesome in summer...with water in it.
Hopefully I can do winter shots again on the weekend although I doubt it. I was just so glad that I had the chance to photograph the seasons last major snowfall!
Posted by rbadiola at 7:10 PM No comments:

For one of my entries for the 2012 Chicago flower and garden show I decided to do a people and plants/flower shot. I had this concept of including 2 people in the shot holding a single rose. But instead of the usual portrait lighted up in the front I decided to use backlights, make it look a bit different. I wanted to just outline the 2 people and make the rose the center of focus. I thought that it will make the shot more interesting than a usual couple holding a rose shot.

So for this shot, I used a plexiglass light table. I had a light table that was 40" across...that will give me plenty of room to move around my camera for my desired framing. I lit up the back of the light table with a strobe equipped with a softbox. The softbox evens out the lighting so I don't get a really hot spot in the middle of the frame. For me to be able to grab attention to the rose that were holding, I lit that up with a strobe from above...attached to a light boom. To prevent light spillage from the light above, I attached a snoot with a grid and aimed it at the rose, the snoot concentrates the light into one spot and prevents light spillage. Be very careful when using a snoot with some strobes, especially with modeling lights, as the modeling lights tend to heat up the snoot enough to melt the plastic housing of some lights. I had to turn it off after I know where its aimed so the temperature stays cool for my strobe.

I then attached my camera to my tripod, attached my wireless shutter release to the body, set my focus to manual and focused to where I expect the flower will be, since I will be triggering the camera myself I needed to prefocus it because it's really troublesome to have autofocus set with this kind of shot. I set my aperture to f14 so I have enough depth of field between the flower and our faces...by the way, that's me and my fiancee holding the rose if I forgot to mention that.

We did a couple of test shots but our faces and our hands seem to be out of the frame in every shot and I don't have any idea of our positioning was right. I then tethered my dslr to my desktop to let us see the preview while I shoot and without moving our heads and our hands. The tethering helped a lot, we adjusted our heads and hands till we got the shot. 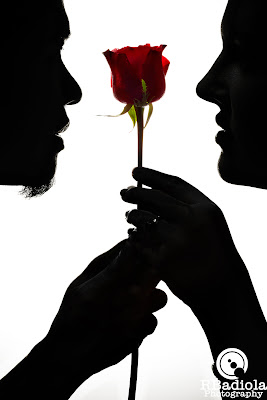 So my photo won 1st place for people and plants category. Hopefully I win again next year.
Posted by rbadiola at 3:43 PM No comments:

The 2012 Chicago flower and garden show 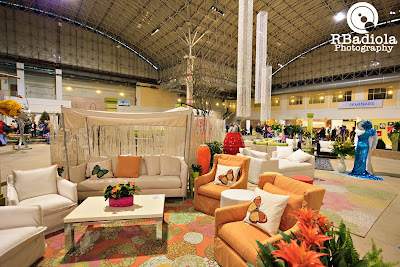 It's that time of the year again! Spring is here and the best way to start off the spring is the Chicago Flower and Garden show in Navy Pier! It runs from March 10 to March 18. This year the theme of the show is "Hort Couture". So they basically combined fashion with flowers to create this years theme. 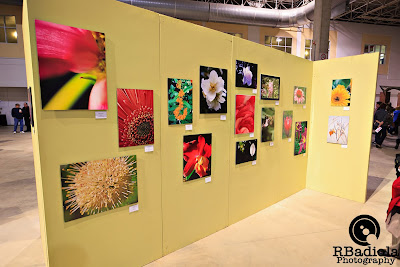 One of the photo contest displays.

There were a ton of stuff going on. Seminars for organic cooking, planting stuff, even the cast of Days of our lives were there. There were displays for landscaping, for interior design and the most awesome display was the tulip display. I might have spent like 2 hours just photographing the beautiful tulips in there. The most interesting display was the photography contest display. I won the 1st place for people and plants photo. My fiancee won best of show and three other categories...she basically outdid me this year, but I'll be back next year though...hahaha. 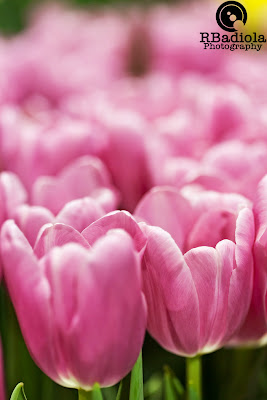 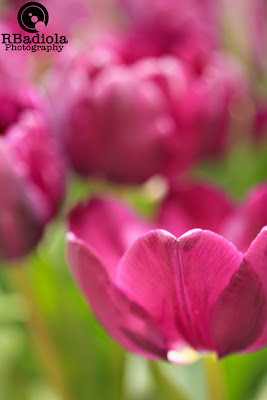 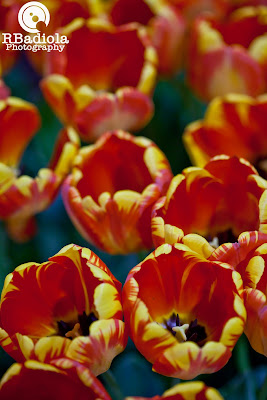 The tulips were a delight to photograph. Make sure you bring a flash. 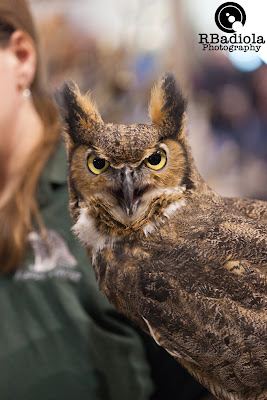 There were a couple of people showcasing some birds of prey. This great horned owl didn't look happy when I took a shot at him. 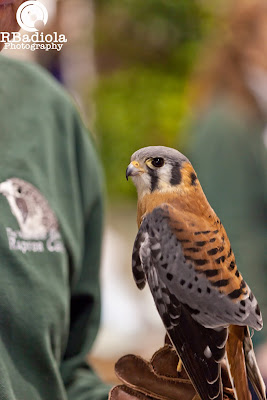 This Kestrel looked little, though it's considered one of the best bird of preys around. 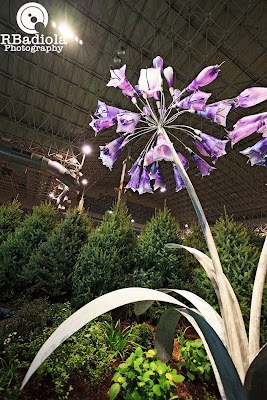 This glass sculpture greets you at the entrance. It's a great piece of art! 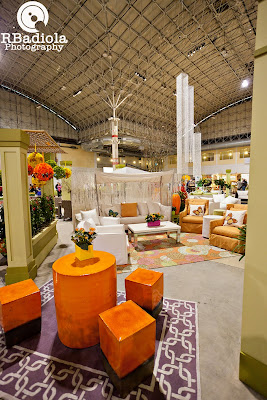 This is one of the big displays at the center. 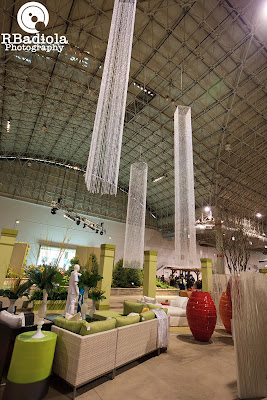 This is part of that huge center display too. 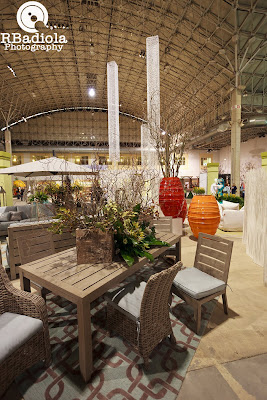 The display shows furniture and flower arrangements throughout. This is one of those glass displays near the vendor area. 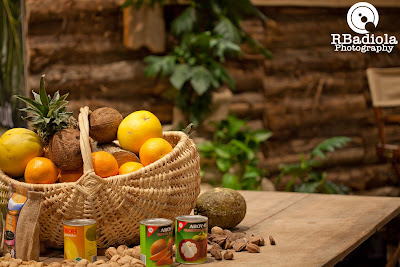 I tried shooting this still life behind a rail with my 100mm macro lens.

Great experience! There were a ton of merchants on the west side of the building. They sell anything from seeds to mops. It was a delight to just go around the stores. The mop guy actually asked me if I can trade my dslr for one of his mops...hahaha. There was a ton of photographers walking around. It was nice to chat with some of them. I was even asked if I was a photographer for ABC...I told her I wish I was. I can't wait to see what they have in store for next year!
Posted by rbadiola at 10:28 PM No comments:

Email ThisBlogThis!Share to TwitterShare to FacebookShare to Pinterest
Labels: The 2012 Chicago flower and garden show

One contest that I really look forward to every year is the Chicago flower and garden show in Navy Pier in Chicago. Looking forward this year as I have won the past 2 year for best in show. A win this year would be 3 in a row...that's if I'm lucky.

One category for this years contest is water and plants. I wanted to try a photo that shows movement, something that is not static and boring. So I went on to get some roses at a nearby store and decided to use them for my next shoot.

For this shot I used a plexiglass light table with a transluscent base so I can hit it with lights from a strobe. I set up the single rose standing in a base in the middle of the light table. I then put a strobe behind the light table and gelled it yellow, so the light table does not look all white. Underneath the light table I added another strobe and gelled it red, the light for the background will now be red gradiating to yellow for most of the background. I grabbed my speedlite and placed it on my left side where I was going to shoot. I pointed the speedlite directly into my subject. I attached my 100mm Canon f2.8 macro to my 5d mk2 and put it in a tripod. I then attached a wireless shutter release to my camera body as I am going to need one hand for pouring the water into the flower and the other hand ready for the shutter. I attached my speedlite to my camera using a sync cord. The sync cord allows me to shoot my speedlite with full features on. With my cheap wireless trigger, I can only trigger my flash without using the built in features that it has.

With my equipment set up, I then set my speedlite to hss (high speed sync). Most modern speedlites have this. It basically lets you shoot at faster shutter speeds using a flash. With the 5d mk2, the sync speed is 200th/sec...with the high speed sync enabled, you can shoot at faster speeds above your cameras usual sync speed...of course with the expense of a lower flash output. With water dropping on my shot, I need a fast sync speed to capture it perfectly. Did a couple of test shots and I was ready to go. I then adjusted my gelled background lights to my taste. I set up my shutter speed to the fastest I can, for this shot I used 1250th of a sec. and then adjusted my aperture at f14 to get the maximum depth of field without making my shot underexposed. I had to set my ISO to 500 to get the maximum fstop and speed that I can get. In shots like this, you need to shoot in full manual mode.

I then grabbed my water bottle filled with water. I then sprinkled water all over my flower and started shooting. I probably had around 30 shots and I just picked the best one from the batch. Processed it and it was all ready to go for the contest! 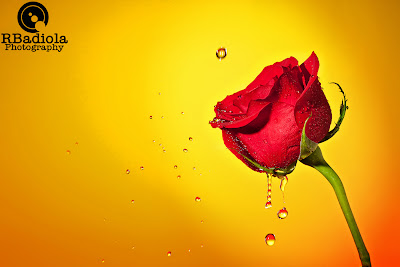 Posted by rbadiola at 9:37 PM No comments: