Things that I used for this setup:

First of all I positioned the main light in front of the subject. Above the head in a 45 degree angle...slightly to the right of the subject. Fitted the light with the barndoor and then adjusted the doors so light spillage is limited. I tried to prevent the light from spilling into the background.

I then positioned a background light behind the subject directly pointing to the backdrop. Again adjusting the barndoors to limit the light spill, especially on the subjects back. It was trial and error trying to get just the right amount of light into the backdrop. I finally got it after a couple of tries.

I then positioned a reflector at the subjects feet to bounce a bit of light coming from the top. This will prevent the bottom half of the subject from becoming too black.

Took a couple of test shots with the camera on a tripod, to get the right amount of lighting. Then finally, I got the shot that I wanted. 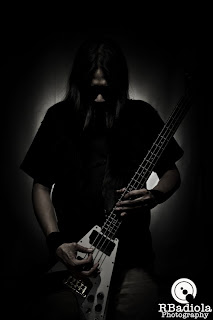 Me and my fiancée went to a place called Wilder Mansion today for our wedding venue. We walked around and I took pictures of the place. I brought in my 10-20mm to take some really cool wide angle shots of the interior and exterior of the place.

We were very happy with the place. The woman who gave us the tour was really nice too. 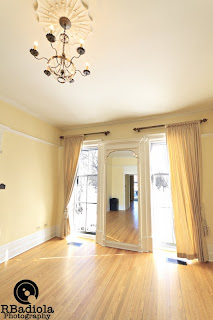 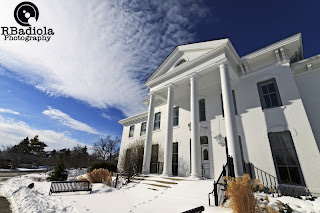 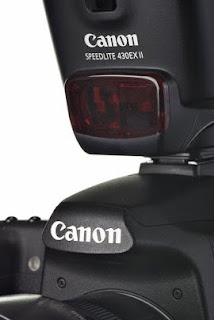 Couple of days ago I purchased a Canon 430ex II. I've been wanting to replace my old Sigma 500 dg st these past few years and I finally convinced myself that it's time. Due to problems I've experienced with the Sigma, I needed a more reliable flash that has all the features that I need that wasn't in my older flash. Just to let you know, the Sigma 500 dg st, and the super, has compatibility problems with the Canon 50d. You'd have to send yours to Sigma to have it rechipped to be compatible with the 50d. Problems I have encountered were inaccurate e-ttl reading which results in overexposure, or underexposure, and also the zoom head adjustment. The Sigma flash will just keep moving the zoom head non stop. This will never stop until you turn the unit off and then on again, till it does the same thing again.

I didn't really have time to send the unit to Sigma, nor planing to spend more money in shipping to have it rechipped so I decided to buy a new flash unit. And I'm so glad I did.

I did research online for the best flash. I narrowed it down to the Metz, the Nissin, and the Canon itself. For a couple of dollars more, I decided to get the Canon one. Although I was thinking of the higher end 580ex II...I just thought that I'd rather use the money I save with the 430ex II to buy another one for a mobile setup, and that's what I did.

The flash itself is really small and light, compared to my Sigma. The lcd in the back is pretty neat, and the buttons were snappy and responsive. I also love the way it mounts into my camera. The version II of both the 430 and the 580 ex's have a quick release button that makes attaching it to the camera really easy. Here are the things I love about it:

Quick release button for mounting and removing from the camera.
Supports high speed sync, and 2nd curtain.
Really fast recycling time.
Ability to be a slave flash with the 580exII or the Canon ST-E2
Buttons are really responsive.
Really quiet, you cannot hear it recharge.

I used it for a fashion show over the weekend and this flash rocks! I took around 150 shots around 2-3 seconds apart. The flash never...and I say NEVER failed on me, not even once.

All in all, a very good value for a mini flash. If you have a wad of money to spend, I'd suggest get the bigger 580ex II, otherwise, this is a really good deal next to it!
Posted by rbadiola at 12:55 AM No comments:

Today is Chicago's worst blizzard in decades. A total of 2 feet of snow fell down and everything is covered in white. Work was cancelled so I stayed home. The thing that sucks about it is that I cannot go anywhere anyway.

Oh well, might as well just take shots outside! 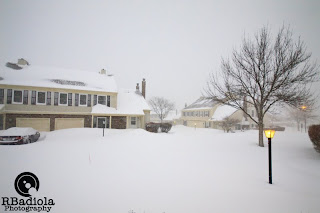 Welcome to the tundra!
Posted by rbadiola at 3:00 PM No comments: